Complete Guide whether if Detox or Rehab is right for you! (infographics included)

When somebody takes the right step towards recovery, they are wondering where to take that first step when seeking professional help. With so many programs out there it’s another challenge to decide which treatment program to take? Which program is right for them? How much it would cost? Would the treatment program even work? Stick around because there is another problem nobody knows yet!

We will find out today as we go along the process towards recovery.  Before anybody even judges anybody about quitting addiction, they should ask themselves one question. “How was it for them to quit anything in their lives? For example, like giving up bread, sugar, junk food, video games, shopping, etc. The answer may surprise you, but for quitting a drug a addictive drug is on another level.

Which Program is right for you?

The purpose for detox is to cleanse the body from all the toxins of drug-substances and/or alcohol in your system. The detox program is best for taking the first step towards recovery. You will clean your body from all the toxins, but your body and mind will go through a temper-tantrum when you haven’t gotten your dopamine hit from the addictive drugs and/or alcohol you used to take. Which is known as the Withdrawal Process.

In the end of the process, you succeeded completing the first step to recovery. Though keep in mind, you completed 2 steps out of the rest of the recovery process. You cleaned your body from all the toxins and the withdrawal symptoms, but that is just the beginning as their more work to go. For one obstacle after detox and withdrawal, is relapsing.

Have you known anybody who was dieting, exercising, and losing weight to gain it all back after a period of time? This is an example of what relapsing is. Relapsing is falling back to the same environment and social setting where all of your bad habits came from the first place.

Rehab. Treatment facilities work with the mind and body of the addict to go down the rabbit hole to solve the problem the addict has. Whether it would be a tragic experience, event, trauma, and history. That’s where you work with a professional, experienced, and licensed therapist comes to play. Just as quitting smoking and/or sweets. They can help you find the stress-triggers, cravings, and responses that lead to over-eating, which in this case, taking drugs and/or alcohol.

When you’re in their rehab. Program you are separated from the bad environment and people that got you where you are in the first place. You will be watched and monitored of your behavior and process to see if you are following through the program. The result will have you quit in the end entirely on your own without their help. As the equation of this process to recovery takes both sides to make this work.

According to the National Institute of Mental Health (NIH) states,” Substance use disorder changes normal desires and priorities. It changes normal behaviors and interferes with the ability to work, go to school, and to have good relationships with friends and family.” Over the course of time of abusing drugs and/or alcohol, it takes a toll of the mind and body.

If a rehab. Treatment center is only offering a 30-day rehab. treatment program don’t even bother wasting another second with them, and go somewhere else that do offer long-term care. It took time to dig yourself into addiction, then it would also take time to dig yourself out. With professional help the whole way will make the process easier and more successful. 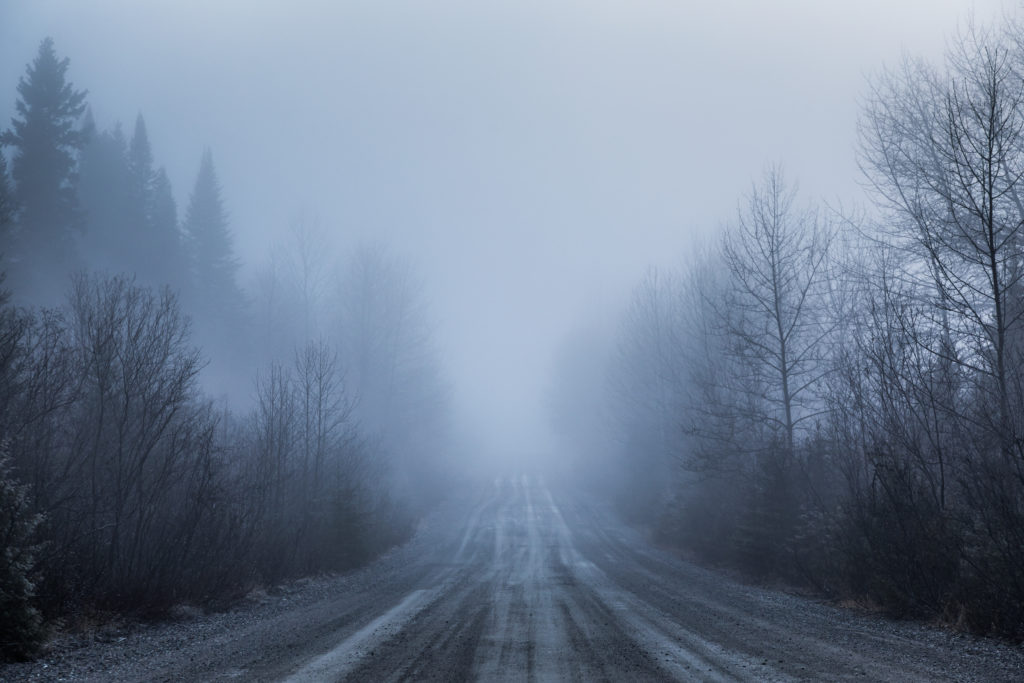 The Road to Addiction

The end result of addiction is not bright at all. The ugly side of humanity comes out as the addict isn’t getting their dopamine hit nor enough of it, they will act of on desperation.

According from the Bureau of Justice Statistics state,” In 2004, 17% of state prisoners and 18% of federal inmates said they committed their current offense to obtain money for drugs. These percentages represent a slight increase for federal prisoners (16% in 1997) and a slight decrease for state prisoners (19% in 1997).”

Keep in mind this study was conducted back in 2004. According to the CDC states,”From 1999 to 2017, more than 702,000 people have died from a drug overdose.” The problem is getting worse, and shows no signs of slowing down.

The other sad truth behind all of this is the fact that addicts who need help, don’t seek the help they need. According to the latest report from SAMHSA,” Out of 19.9 million adults needing substance use treatment, only 10.8 percent received treatment at a specialty facility (2.1 million). That means that about 17.7 million adults who needed treatment did not receive treatment at a specialty facility for their substance use.”

There are scam artist out their that target vulnerable people and rehab. Centers out of their pockets. They would put people through facilities just there to take your money and waste your time called “Patient Brokering”. This is unacceptable as people try to change their life around for the better, but now having to deal with another problem of becoming the next victim. Take some preventative measure today, so you won’t be sorry tomorrow.

What to Expect Being in a Treatment Program?

The term “Black Out Period” is a practice successful rehab. Treatment centers use on their clients during the program. What they will do is totally disconnect you from the bad people from social media, phone, text, every way of communicating from them.

This may sound like a very restrictive parent, but doing so losing contact and communication from the people you normally hang out with. Will break the bad habits, stresses, triggers, and behavior you would do with your “buddies.”

You would be cut from the surroundings and social environments where all the bad habits came from into a more controlled environment. You will be taken care of 24/7 making by the professional staff to make sure you are safe with yourself and others. Of course you can shower, sleep in a bed, be served food, water, and receive professional care on a daily-basis.

Yes, you can have aid assistance to pay for treatment programs through insurance. They also accept cash, debit, credit, and payment plan options. Make sure to ask them first before to know sooner, then later.

How to look for Professional Help?

Now-in-days anybody with a phone can look up professional help simply searching on any search platform. Either way, when looking for professional help. You can use SAMHSA Find Treatment Locater that helps you find facilities near you.

Being in an unprofessional and uncertified treatment program is still as bad as not getting any treatment at all. Remember to look out for those scam artist out there targeting other rehab. centers and addicts out there. Finding professional and affordable treatment couldn’t be easier with the help of  SAMHSA and internet. Hopefully, now you know which treatment program is for you. Did we help you decide which to choose from? If not let us know in the comments below.

Unquestionably believe that which you said. Your favorite reason seemed to be on the web the easiest thing to be aware of. I say to you, I definitely get irked while people consider worries that they plainly don’t know about. You managed to hit the nail upon the top as well as defined out the whole thing without having side-effects , people could take a signal. Will probably be back to get more. Thanks

Thank you for your response and feedback. Were glad our topic helped you understand the situation

Hi there! This post could not be written much better! Going through this article reminds me
of my previous roommate! He continually kept talking about this.
I most certainly will forward this article to him. Pretty
sure he’ll have a very good read. Many thanks for sharing!

Hiya, I’m really glad I’ve found this information. Nowadays bloggers publish only about gossip and internet stuff and this is really irritating. A good blog with interesting content, this is what I need. Thank you for making this site, and I will be visiting again.

I wish to show some appreciation to you just for rescuing me from this difficulty. Just after surfing throughout the search engines and obtaining opinions which were not pleasant, I believed my entire life was done. Living without the solutions to the problems you’ve solved by way of this review is a serious case, and the ones that would have in a wrong way affected my entire career if I had not come across your blog. Your actual natural talent and kindness in handling the whole lot was important. I’m not sure what I would have done if I hadn’t discovered such a point like this. It’s possible to at this time look forward to my future. Thanks for your time so much for this specialized and result oriented guide. I won’t think twice to propose the blog to anybody who ought to have guide on this topic.

This is really interesting, You’re a very skilled blogger. I’ve joined your feed and look forward to seeking more of your fantastic post. Also, I’ve shared your website in my social networks!

It’s awesome to pay a visit this web site and reading the views of all colleagues about this paragraph, while I am also zealous of getting know-how.|

Howdy, There’s no doubt that your website may be having browser compatibility problems. Whenever I take a look at your blog in Safari, it looks fine however when opening in Internet Explorer, it has some overlapping issues. I just wanted to provide you with a quick heads up! Besides that, wonderful blog!|

Hey there. I found your blog by way of Google whilst searching for a related subject, your website got here up. It looks great. I have bookmarked it in my google bookmarks to come back then.

You made some good points there. I looked on the internet for more information about the issue and found most individuals will go along with your views on this site.|

Hello there! I just wish to give you a huge thumbs up for your great information you have right here on this post. I am returning to your web site for more soon.|

Thanks you very much

Hello to all, how is everything, I think every one is getting more from this site, and your views are nice in support of new visitors.|

How to keep recovering from addiction during an epidemic? One day everything was just as usual. Then all of the sudden, the whole world is going on a lockdown and going under  rules for everybody Read more…

What are the risks and factors about Benzodiazepines?

Benzo is a world-wide prescription drug, which belongs to a class of psychoactive drug (chemical drug). Also known as a minor tranquilizer. In 1955, Benzo was accidentally synthesized by Leo Sternbach while working at Hoffmann-La Roche Read more…

Coronavirus Policies & Preventative Measures We understand there are ongoing questions and concerns regarding the novel coronavirus, also referred to as COVID-19, and how it applies to you and your loved ones here in our Read more…