Life expectancy in the US is dropping for the first time in a century! 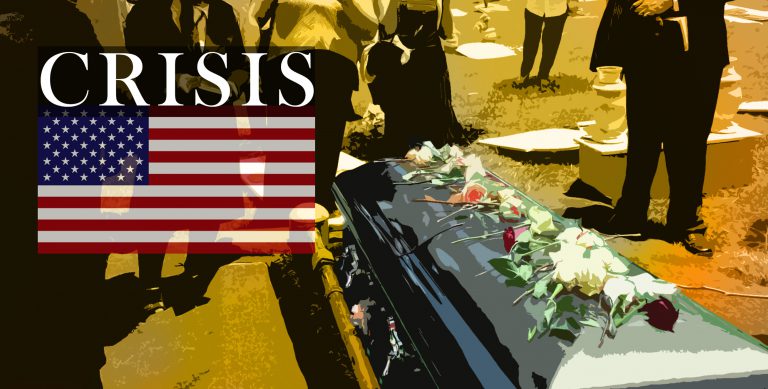 Illegal and improper use of drugs may be a large factor contributing to the decline in life expectancy. Statistics show that, along with suicide, drug usage and related overdoses rates are climbing.
Life expectancy gives us a snapshot of the nation’s health. These statistics are a wake-up call! We are losing too many people at a very alarming rate.

The demographics of those who are living the shortest lives, however, are surprising. It seems white men and women fared the worst, experiencing increases in death rates.

Meanwhile, drug overdose deaths skyrocketed between 2015 and 2017, particularly for adults aged 25 to 54. Men, in particular, seem to be faring worse than women in this regard.

According to a report by the CDC, suicides rose by an alarming 3.7% in 2017, with a 33% total increase between 1999 and 2017. The gap between rural and urban suicide rates also widened – this geographical disparity also showed itself nationally, with some states showing a significant increase compared to others.

Bringing together the opioid epidemic and the United States’ rising suicide rates, the statistics converge to paint a sad picture of the state our country is in today.

In some cities, already-stretched resources are unable to handle the increases in suicide and drug-related deaths and put the existing infrastructure under even greater strain. The costs in both dollars and human toll are rising dangerously with no end in sight.

The situation is so alarming that Surgeon General Jerome Adams is urging more people in the U.S. to carry a drug that can be administered by friends and family to reverse an opioid overdose (Naloxone) and prevent death. The announcement was made in 2018 through a rare health advisory from Adams, the nation’s foremost doctor, and medical analyst.

A CNN article displays how fentanyl-related deaths have doubled in six months, and the CDC expects opioid overdose-related deaths to jump to an all-time high of 49,000 soon.

This is a very complex set of issues, with many contributing factors and no easy fix. However, this does not imply that nothing can be done to mitigate these concerning statistics. As a society, we must do all we can to sound the alarm and tell our friends, neighbors, and families about this silent epidemic.

The data points to the truth: there are too many people feeling alone and hopeless in our society. Time is ticking. In the great tradition of our country and forefathers, we must come together before this crisis consumes more people and more lives.

This is real. This is happening. Keep our nation’s health in mind and help us reverse this negative trend for the greater good.

Relapse Triggers In addiction recovery there is nothing worse than a relapse. It can cause many moths worth of work to be in vain. The more effective at looking for the warning signs, the better Read more…

The Increase in Homelessness

Homelessness and Addiction During the last couple years, many American cities have seen a significant rise in homelessness. This is especially true for large cities along the west coast such as San Francisco, Portland, and Read more…